Terminated by Terminators: Could Your Job Be Replaced By A Robot?

I recently explored the idea that robot girlfriends or boyfriends could be better than those “in real life” . After watching Spike Jonze’s Her and reading more about the globally rising popularity in  LovePlus ’s virtual girlfriend Rinko, it’s easy to see how this could be possible. Robots can be programmed specifically for their user and their function(s); robots are smarter; robots don’t get bored, or irrational or hangry. They don’t make mistakes; they can’t lie.

Extending this logic, it’s easy to see why robots could be better employees than humans, especially if they’re able to express personality, creativity and emotional intelligence.

This idea has already been taken up worldwide and there is the very real possibility that in 2015 and for many decades to come, robot co-workers and robot replacements will multiply.

In two separate reports over the last two years, researchers predicted that the rise of the robot worker is imminent. In the UK, Deloitte and the University of Oxford predict that  10 million unskilled jobs  could be taken over by robots. Last year, Oxford Research predicted that  45% of the U.S. jobs  across a fairly wide spectrum of industries could be automated and taken over by computers by 2033.

It’s clear that our next “Industrial Revolution” is just around the corner. Does that mean humans will become obsolete in the workforce?

Let’s take a look at some of the jobs robots are training for right now….

With o ver 22 per cent of Japan’s population aged 65 or older , many companies are working on robots that can assist the elderly. Some have human-like limbs to help move and carry objects, whereas others are designed to offer therapeutic care instead.

Japanese technology giant SoftBank has unveiled a robot they claim is capable of understanding human emotions using an “emotional engine” and cloud-based AI. Pepper reportedly learns from human interactions, with each experience helping to teach a cloud-based AI shared by all units. It has fully articulated arms and hands but moves about on wheels hidden under a curved plastic skirt.

Standing roughly a metre tall with a tablet computer fixed to its chest, ‘Pepper’ will go on sale to the public this year for 198,000 yen (approx. £1,150), with its creators hoping it will be using in a range of service-focused roles.

If you’ve ever read a preview or recap of any NFL, MLB or NBA game, a weathercast, an insurance report or a Yahoo fantasy football  report , you’ve likely read some of Wordsmith’s work.

Wordsmith is an artificial intelligence system that uses mounds of data, quantitative analysis and some rules about style and good writing to mass-produce hundreds of millions of stories every year. And get this – pretty much every story produced by Wordsmith is indistinguishable from ones written by humans. All of Wordsmith’s content is data driven and created around sets of rules to refine its tonality and sentence structure, preventing it from sounding repetitive or automated.

Apparently Wordsmith is not being built to take journalists' jobs, but to improve what human journalists are already producing. But can we actually believe that?

You might find robots a little bit creepy, but some Connecticut school children with learning and developmental disabilities actually find it  easier to interact with  a pair of humanoid robots than their human instructors.

Standing just 22-inches tall, the NAO robot from French technology company Aldebaran, is actually designed to be an educational robot. It can’t yet replace a teacher (yet), but probably qualifies as a teaching assistant.

The folks over at Fujitsu released video footage of them teaching a robot how to erase a whiteboard a few years ago. While the robot is too short to be of much use right now, the video is proof of concept that we can teach robots to learn things, and this is only the beginning.

Cleaning a house or room is tough enough, but imagine if you had to eradicate every single germ? In light of the Ebola crisis, this is becoming a crucial requirement in certain situations.

Fortunately, it transpires that there’s already a robot ready to do this. Xenex Disinfection Services'  germ-zapping robot  is currently using UV light to blast away bacteria, mold and more in a Northern California hospital.

In Japan, Pepper (the robot we referred to before) is also gearing up  to sell Nescafe coffee .

According to a Nescafe spokesperson, Pepper's main purpose would be to sell a number of special features of Nescafe’s capsule machines, but it would also be able to entertain younger children with quizzes and games  whilst their parents browse the Nescafe products.

It's a shame the Pepper robot isn't able to actually work with the Nescafe capsule machines to provide free samples for passers-by... that would be pretty cool, don’t you think?

With its rapidly increasing elderly population, Japan faces an urgent need for new approaches to assist caregivers. One of the most strenuous tasks for such personnel is lifting a patient from a bed into a wheelchair. Because hospital workers are required to do this an average of 40 times every day, this can be a major cause of lower back pain. So what solution did they devise for this problem?

A giant robot bear, of course. 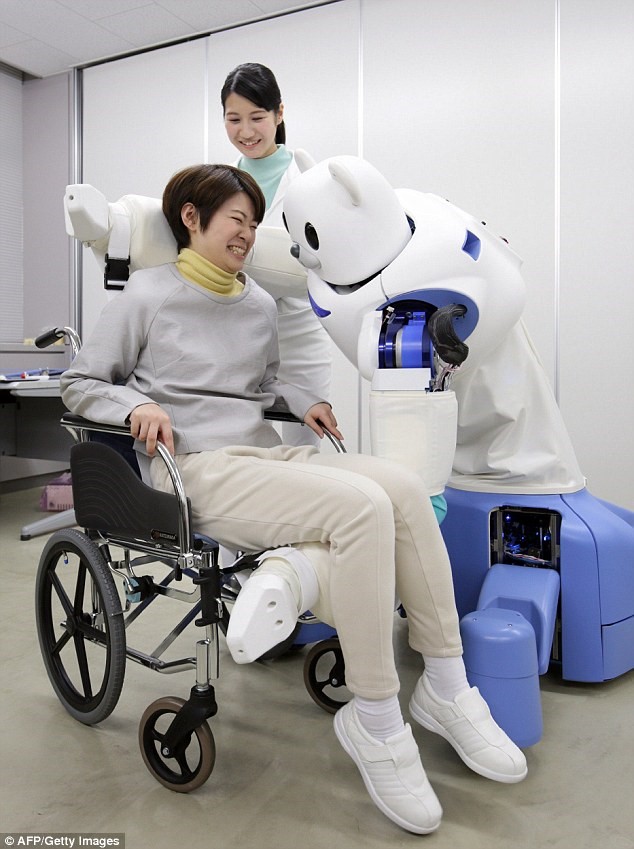 Meet Robear, the robot 'nurse' with the strength of The Incredible Hulk and face of a teddy bear, designed specifically to lift patients from beds and chairs using mechanical arms. With built in sensors to detect a person’s weight and how much force to use, Robear is programmed to have slow, gentle movements and treat humans with a soft touch. Robear was developed by Riken-SRK research centre in Nagoya, Japan, and is a successor to the firm's 2009 model Riba, and its 2011 version Riba-II.

Why does it have the face of a polar bear? ‘The look is aimed at radiating an atmosphere of strength, geniality and cleanliness at the same time,' research leader Toshiharu Mukai told AFP.

This is A.L.O Botlr, a hotel concierge who began its trial run at the upscale, high-tech Aloft Hotel in Cupertino, California in August 2014. Botlr is a mostly white, 3-foot tall, 100-pound robot with a 7-inch tablet-sized touch-screen “face” and a compartment on top where it can carry hotel guest deliveries of up to 2 pounds. Botlr is wi-fi and 4G-ready, but thanks to sonar, LADR and a Kinect-like 3D camera, it can navigate a hotel on its own.

A.L.O Botlr assists existing concierge staff and autonomously delivers requested items to hotel guest rooms. When the A.L.O. Botlr arrives, it triggers an in-room phone call to let the guest know the robot is outside the door, so they interact with the robot via its touch screen. Unlike a real concierge, Botlr won’t hold out its hand for a tip but instead encourages guests to tip with tweets using the hashtag #meetbotlr.

Backed by Jerry Yang's AME cloud Ventures and Google ventures, the robot is the brainchild of Savioke CEO Steve Cousins who previously served as president and CEO of Willow Garage before the company ended operations last year. Savioke plans to open the pilot program to additional hotels in 2015 and is accepting applications from other service industries that want to become a part of the company's "Early Adopter" program.

Google unveiled this rather cute driverless car with a top speed of 25mph last year. Up to now, the scope for testing driverless cars has been limited, but earlier this month (11 February 2015) the UK Government gave the green light for testing on public roads as driverless car technology has tremendous potential for reducing accidents and making traffic flow more smoothly.

Transport Minister Claire Perry said:  “Driverless cars are the future. I want Britain to be at the forefront of this exciting new development, to embrace a technology that could transform our roads and open up a brand new route for global investment. These are still early days but today is an important step. The trials present a fantastic opportunity for this country to take a lead internationally in the development of this new technology.”

It seems obvious that the profoundest impacts of this technology will come not after rich geeks buy Google cars, but after companies use the systems to shed workers. Millions of people—truckers, cabbies, and delivery people—drive for a living globally. Why wouldn’t organisations replace these workers with autonomous vehicles and, thereby, cut labor costs, benefits, workers compensation claims, etc.? 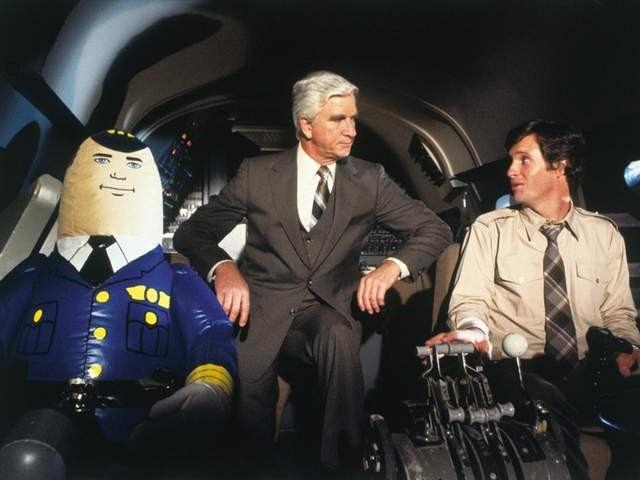 There’s already a fair amount of automation in modern aircraft. What is autopilot if not robotics? The pilots who often flip the autopilot  switch , though, are still human beings.

Pibot  could change that. 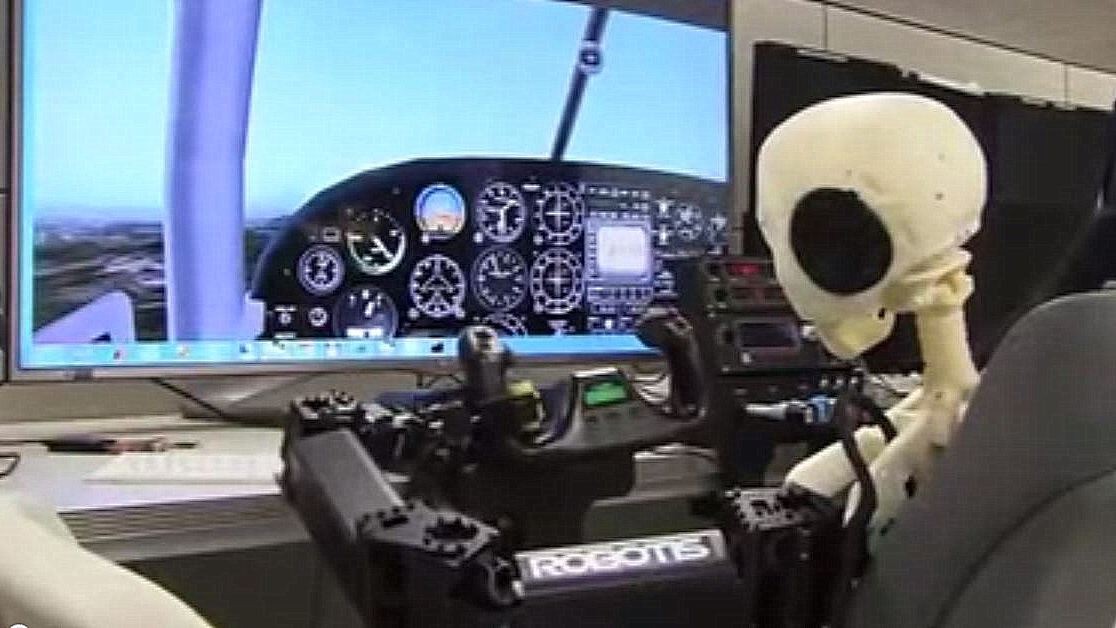 Developed by South Korea’s Advance Institute of Science and Technology, the humanoid robot has arms, legs and a head. It’s designed to fly a plane into dangerous situations, such as the damaged Fukishima nuclear power plant.

Commercial flight is probably out of the question for 2015, especially because it’ll probably take a few years to teach a robot pilot how to speak to the passengers in a reassuring way...but in the next decade? Who knows?

John Danaher, a Keele University law school lecturer with an interest in the ways human life will be impacted by robotics,  published a paper  that examines whether sex work might one day be dominated by robots rather than human sex workers.

Sophisticated sex dolls and toys have been around for quite some time now, with Real Dolls having been on the market since 1996. These dolls, though, are just that — dolls — and are generally static; nowhere near the level of sophistication science fiction would have you believe the world of robot companionship could have. However, one company is working on robotizing sex dolls, and has created the most sophisticated sexbot to date.

Dubbed Roxxxy this sexbot stands at an average height of 5” 7’ and weighs a waifish 60 pounds. Roxxxy has lifelike skin, movable limbs, sensitive “private inputs,” thanks to dedicated sensors and the ability to mimic an orgasm. Curiously, Roxxxy evolved from True Companion’s line of healthcare robots that were designed to look after the elderly, which means that she might be able to cook you breakfast in bed, too. Roxxxy isn’t designed just to be a sexbot, but, as the company name suggests, a “true companion”. 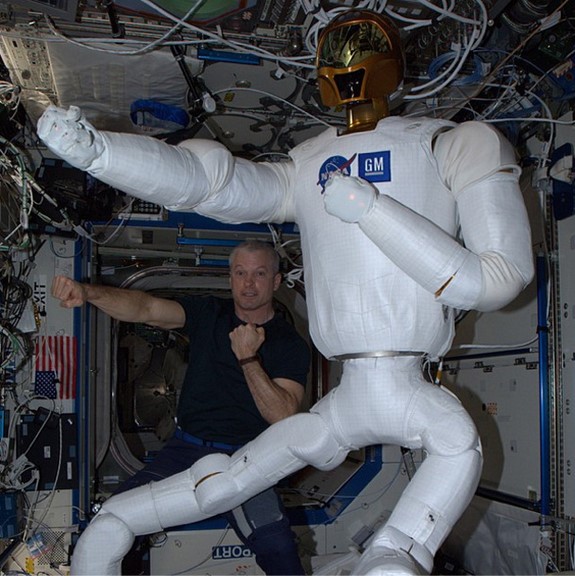 Watch out, astronauts – your companion robot on the International Space Station is now able to walk! Through a partnership with General Motors, NASA's Robonaut2 is the latest example of android technology and has recently received a set of legs. It will eventually be able to work on repairs both inside and outside the orbiting outpost and venture out for its first spacewalk in order to help make repairs or perform scientific work.

While the upper half of Robonaut looks a lot like a human, the legs don't resemble a person's legs very much. Instead of feet, the robot has clamps that  allow it to latch onto and climb up on objects . The legs are also longer than human legs — a span of 9 feet (2.7 meters) — and are more flexible, giving the robot more ways to cling to things inside or outside the station.

Will the rise of robotics make human beings redundant in the workplace? It's undeniable that robotics and artificial intelligence technology will make a profound impact on our personal and professional lives, but hopefully in a way that will enhance our capability, health and well-being. Here's hoping, anyway!

From Clicks To Bricks: Are Online Retailers Returning To The High Street?

Social Media: Is There A Better Way To Do Recruitment?