The Art of CVs 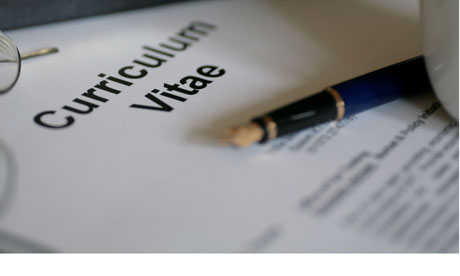 We all know the phrase: ‘Don’t judge a book by its cover’. Unusually for these sort of phrases, it still makes perfect sense, especially in this day and age where the rise of the e-book has resulted in front page illustrations inevitably being knocked up on a laptop using nothing more than a brutal combination of WordArt and Microsoft Publisher.

From a recruiting point of view however, CVs are inevitably judged on their appearance and that is absolutely as it should be. A CV is the first thing recruiters or employees see. It is the one thing that will determine whether someone believes you are the right sort of candidate for what they are looking for. It staggers belief therefore, the amount of CVs you come across whose presentation is at best shoddy. People completely neglect some of the most basic rules of appearance and I struggle to understand why. All too frequently you come across a really strong profile with years of experience and yet their CV resembles nothing more than a cacophony of words and phrases that makes the Enigma Code look straightforward. Yes, there is the obvious argument that a decent recruiter will be able to see through the clutter and spot who is good anyway, but an equally valid point is that they shouldn’t have to search for the quality, it should be right there in front of them.

Below are just a few of the more annoying blunders that one comes across:

This one in particular is a personal hate of mine. I understand that spelling is not everyone’s strongest point but when the computer does it for you there is simply no excuse. Every now and again a word will sneak through whether through auto correction or some other means and you can pass it off as just being lazy, however, if it is actually underlined in red then you quickly jump the indolent pile and land squarely at incompetence.

One of the best examples I had was a candidate who claimed to be “both organised and detail orientated”. Nothing remarkable about that, they are the sort of buzz words which litter thousands of CVs, however this particular candidate managed to spell three words wrong. Irony aside, it is not going to have a company reaching for a pen to sign the dotted line.

A lot of recruiters would advocate these being taken off due to lack of relevance however I have always been a supporter of trying to get ones personality across. That being said, there does need to be a little more screening about what should be listed. The sheer variety of hobbies you encounter go from the standard “reading” and “travelling” to the more bizarre “owl taming” and finally to the incredibly poetic if slightly vague “pleasures of life” (I didn’t delve too deeply into that last one).

However if there was one thing I could ban from all CVs, it is candidates listing the various languages they are supposedly accomplished in. Claiming that you speak “beginner German” is utterly useless. Everyone studied a language at school, and unless you are going to be tutoring your boss’s child through their upcoming GSCE exams on the side, it should not be on your CV unless you are fluent enough for it to be involved with business. Period.

If you were driving along a main road and the surface went from tarmac to gravel through to sand and then back to tarmac, it wouldn’t matter if the tarmac was of the highest quality, you would understandably be drafting a sternly worded letter to your local council before you had even arrived back home. It is the same with CVs. By chopping and changing the font, size and in the more extreme cases colour (aqua blue in a CV, really?). More than one CV has been ruined by a combination of slapstick presentation and special effects which does nothing but draw attention away from what is really important.

Make Your CV Pop With These 20 Power Words

The Secret Of Writing A Successful CV? Get The Basics Right

How To Write a Good Web Developer CV