I’ve been thinking quite a bit about love recently. Not just because of all the recent Valentine’s Day hype, but because I recently saw the latest Spike Jonze film Her. As you Spike Jonze fans know, this guy is the master of existential head-trips on the big screen - 1999’s Being John Malkovich still haunts me- and this film stands true to form. 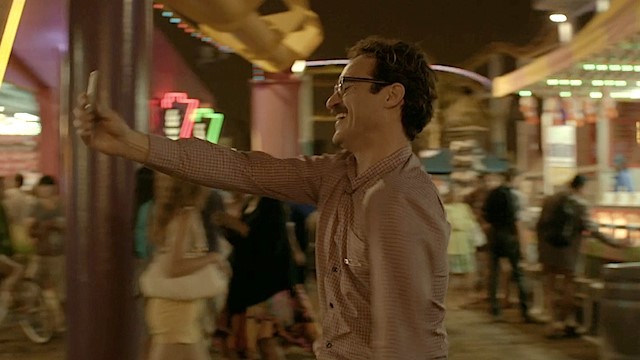 Without giving the whole story away, Her tells the story of Theodore [played by Joaquin Phoenix] who falls for an artificially intelligent operating system. Set in 2050, the lifestyles portrayed on screen are plausible extension of our lifestyle today. To some extent our current relationship with technology – characterised by constant connectivity and growing dependence - is depicted by what we see on the screen: a quick glance around a tube carriage will typically reveal a majority of passengers utterly engrossed in their phones, tablets or kindles, and roughly 66% of smartphone users said they sleep with their phone next to them.

Of course, technology can help relationships in all stages but unfortunately its extensive integration across our daily life can also be highly problematic. Maybe we’re not at the point of falling in love with operating systems yet, but there are still some emerging trends that demonstrate how technology is negatively impacting relationships.

These days, it’s not uncommon to see a couple on a date that are more engrossed in their phones instead of each other regardless of how long they have been in a relationship.

Research from psychologists Brandon McDaniel of The Pennsylvania State University and Sarah Coyne of Brigman Young University in Utah showed that smartphones can be the 'third wheel' in a relationship and distract couples from each other.

In their survey of 143 women, three quarters of those in long-term relationships claim they feel that smartphones are interfering with their love lives and a quarter claimed their partner has texted during an important conversation.

2.    Digital Technology Has The Same Neuro-Chemical Effect As Kissing

Can’t tear yourself away from social media? According to Psychology Today, dopamine could be the culprit that’s driving this behaviour.

Kissing stimulates the release of a number of neurotransmitters and hormones. One of the most important neurotransmitters is dopamine, which is responsible for that rush of elation and craving more. Dopamine drives “seeking behaviour” and can be so powerful that people can lose their appetites or find that they cannot fall asleep.

You may have experienced or at least heard of how interacting with technology – whether that be gaming, social media or instant messaging – can cause this same effect. A 2013 Internet trends report by Kleiner Perkins Caufield & Byers suggests that the average person checks their smartphone 150 times a day. This is because dopamine can make you addicted to seeking information in an endless loop, and technology todays allows almost instant gratification of this desire to seek. Want to catch up with someone? Send a text and they probably respond in a few seconds. Want to look up some information? Just ask Siri.

What’s more, the dopamine system is most powerfully stimulated when the information coming in is small so that it doesn't full satisfy. A short text or tweet is ideally suited to send your dopamine system raging.

On the flip side, you could experience distress when you don’t get instant gratification. Why hasn’t she texted back? Why didn’t he reply to my WhatsApp after reading it? It also means that some people might prefer spending time on the internet or playing games – arenas where they are guaranteed instant gratification – over going out to meet people where a dopamine rush isn’t a dead cert. 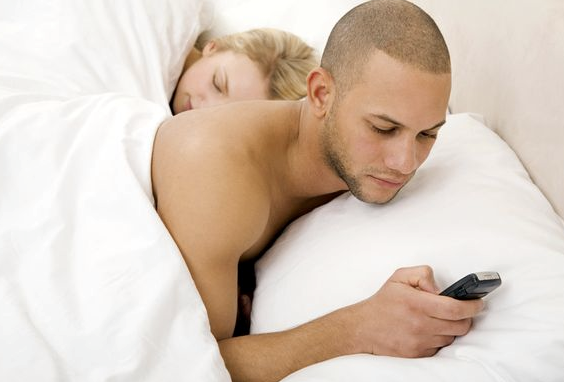 Remember the good ol’ days where you’d consider hiring a private eye to find out if your partner is cheating? Now we don’t have to take such a big leap - it’s much easier to find out if someone’s cheating by looking at their phone or social media activity.

If you’ve taken a sneaky look at your partner’s phone, recent research shows you’re not alone. In a 2013 study that surveyed 13,132 people in relationships across the US, 25% of women and 20% of men snoop through texts and pictures when in a relationship, 12% admitted they were trying to catch their partner lying to them, and looking for evidence of cheating was the number one reason why men looked through their boyfriend or girlfriend’s phone or tablet.

The temptation to check your partner’s phone may be great, especially if you know each other’s passcodes, but it’s at the cost of trust. A relationship can endure many things – financial hardship, lack of common interest, differing political and religious beliefs – but trust? Great relationships require a high level of integrity in order to thrive. Reading someone’s private messages is an invasion of their privacy and a violation of their trust in you, and the action implies that you lack trust in them.

Snooping on your partner doesn’t even end if you’ve broken up. Pew Research Centre’s Internet Project revealed that some 48% of social network users aged 18-29 have used these sites to check up on someone they dated in the past.

Since the late 90s it has become increasingly common for individuals to find their partners online. Back then many were dubious about the benefits of this activity and saw it as a rather shallow and risky way of finding love, but in recent years a generation of digital natives have emerged. This generation regularly use devices to keep in touch with friends and loved ones, so it’s hardly surprising that they would also turn to online dating sites or apps to find a potential partner.

The UK Online dating market is estimated to be worth roughly £2bn globally and is growing rapidly. According to Dating Friend, a website that features and reviews the best dating sites online, roughly 17% of UK couples who have recently married met online and over 15 million singles in the UK are registered for online dating.

Pew Research Centre’s Internet Project revealed that approximately 38 percent of US singles have used online dating or mobile dating apps, which is about 11 percent of the total population. For those who do successfully use tech-driven dating to find a long-term partner — 23 percent of online daters according to the same study — technology likely continues to be a part of their love life, albeit in a different way.

We’ve all heard plenty of online dating disaster stories, where dates look nothing like their profile picture or turn out to be crazy or creepy or married. But sometimes these situations can be alarming rather than humorous. Online dates may actually be fraudsters, manipulating people to make them believe they have an emotional bond and then convincing them to transfer money over to their account.

Pew Research Centre’s Internet Project also revealed that online dating sites and apps might be preventing relationships from lasting, as their existence in itself fuels a “grass is greener” mentality. 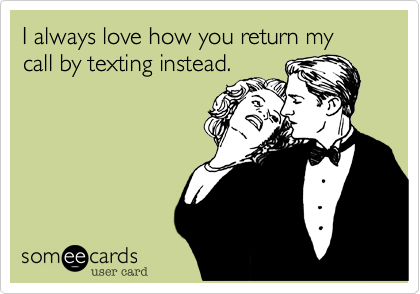 The telephone call is a dying institution. The number of text messages sent monthly in the U.S. exploded from 14 billion in 2000 to 188 billion in 2010, according to a Pew Institute survey, and the trend shows no signs of abating. In turn, the number of people who are conversation-phobic has grown exponentially worldwide. Even the older generations are increasingly more averse to phone calls – probably because texting is easier. It allows you to control the conversation, it gives you time to determine what precisely you want to communicate and it allows you to fake emotions.

Okay, texting might be less painful than a phone call, but these discomforting experiences are an important of building relationships. As development psychologist Sherry Turkle explains, “the complexity and messiness of human communication gets shortchanged … (but) those things are what lead to better relationships.”

Technology might allow you to text your boo at all hours of the day whenever and wherever you are, but you lose something important by not chatting to your loved ones on the phone or in person. Digital chemistry is very different from face-to-face chemistry – there have been countless studies revealing all the hormones and nerves that fire in our brains when we hear the voices of people. Just think about all the times your high school crush said your name in passing and your heart jumped into your throat! A text only produces a fraction of this sensation.

In addition, people can develop highly unnecessary mini existential crises over the interpretation of a text, tweet or emoji. Even if you do feel offended on a phone call at least you’re more likely to resolve the tension right then and there rather than bottling up your feelings until it blows way out of proportion somewhere else.

6. Maybe Programmable Girlfriends Aren’t The Stuff Of Fiction After All… 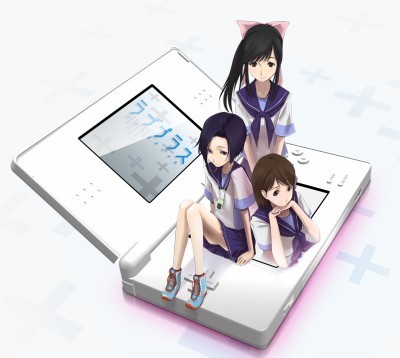 First, there were sex dolls; then there were love pillows. Now the latest inanimate object to capture the hearts of the Japanese bachelor population is Rinko, the star ofLovePlus, a Nintendo DS game that simulates the experience of being in a relationship.

Proving that Her is actually just a few Google patents away from becoming a documentary, this game allows players to form relationships with one or all of Love Plus’s three “girlfriends”: Rinko, Nene, and Manaka. Although LovePlus is sold exclusively in Japan and in Japanese, it has garnered a devoted following worldwide, mostly among shy or inexperienced men who use the game as a training ground for a relationship IRL (“In Real Life”).

Some play to better prepare themselves for real-life dating, others as consolation for the pains of romance gone awry. And although many LovePlus players acknowledge that their lovers are virtual, many say the support and affection they receive feels real - the latest sign that virtual reality has already permeated everyday life to such a degree that it is leaving an imprint of the genuine article.

There are players who consider LovePlus' three girlfriends -- Rinko, Nene and Manaka -- far better company than any "IRL" lover. And why not? The players can shape their ideal companion with a few taps on the console; the women can be programmed, with their moods and personalities adjusted to suit the specific desires of the player.

As digital technologies have evolved exponentially in the last two decades, so has our attachment and dependence upon internet-enabled devices to run our lives. But even these have helped bring us closer together, they also threaten the existence of romance, intimacy and even what we considered ‘true love’ and damage what would have been perfectly healthy and long-lasting relationships.

Like any useful tool, technology only serves us well when we exercise good judgment. More than ever before, it’s crucial to be mindful of how your use of technology is affecting your life and your relationships with others and establish a healthy balance between the time spent in the virtual and real worlds.

Terminated By Terminators: Could Your Job Be Replaced By A Robot?

From Clicks To Bricks: Are Online Retailers Returning To The High Street